Bologna is another city that lends itself to just getting lost. Stroll below the almost 40km of covered sidewalks, the portici; discover the splendid palazzi, some of which date back to the 14th century; and dive into Europe’s oldest university and the numerous Christian sanctuaries. Encircled by a four to six lane road running roughly along the line of a city wall of which only the 12 gates remain, you are bound to notice when you are about to stray too far from the historic center. 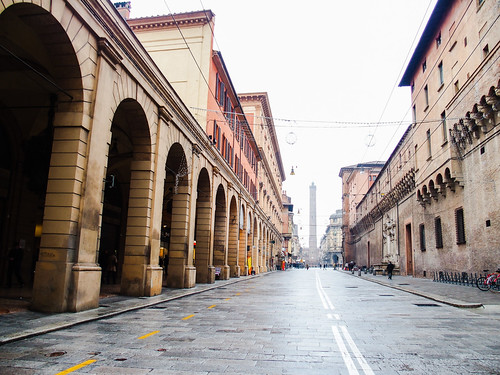 To get even more out of your passeggiata, begin your tour by visiting the Museo della storia di Bologna. This modern museum, located in ancient Palazzo Pepoli, only a stone’s throw from the main square, Piazza Maggiore, offers a multi-media exhibition shedding light on the Bologna’s history, from the beginnings about 1,000 B.C. as Etruscan settlement Felsina over Roman Bonona to the Medieval rise of the city laying the foundation’s for Bologna’s current status as capital of Emilia-Romagna region. If you are impatient, begin your visit to the museum in the virtual theater on the first floor near room 15: a fun 15 minute movie (Italian with English subtitles) gives an even shorter overview of Bologna’s history. The €10 entrance fee includes an English (or French) audio guide; an in-depth visit takes about 4 hours. 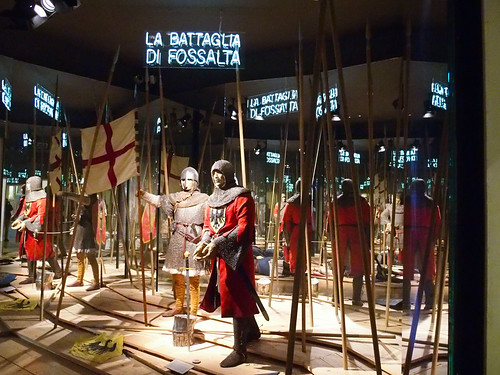 Bologna’s university dates as far back as 1088, making it the oldest European university to still operate to this day. Dürer, Copernicus, Dante Alighieri, Mozart are just some names on the illustreous list of students throughout the centuries. One of the most fascinating buildings is the Archiginnasio, a 16th century palazzo and for 250 years the center of the university. 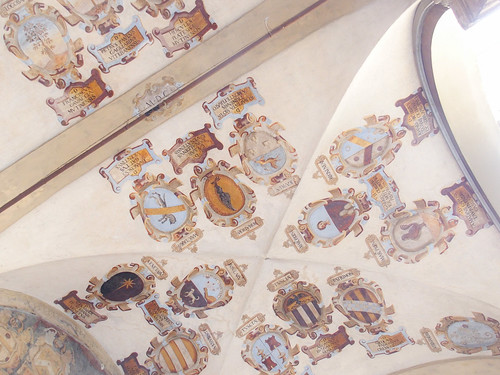 Piazza Maggiore, the main square right in the center of town, is hard to miss. It is bordered by the city’s most important church, the Basilica San Petronio, dedicated to the city’s patron saint, the massive Palazzo Comunale complex, and the Palazzo Re Enzo, which houses the tourist information. On the wide avenues and in the narrow alleyways all around Bolognese and tourists alike meet for shopping, sightseeing and aperitivo in the evening.

While you’re there, enter the Bologna library in the Sala Borsa: you can hang out, have a coffee in the bar, read the newspaper, enjoy the free internet, and see excavations underneath revealing ancient city history. Protip: When visiting Sala Borsa, don’t forget to put on underwear as the glass floor allows for sky views for visitors to the excavations below… 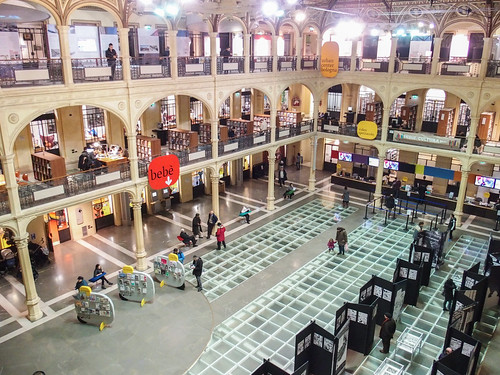 Of the many sanctuaries and basilica’s in town San Stefano, its beginnings dating back as far as the 7th century, is my favourite. One of the seven churches is dedicated to pilots. Seeing the photos of deceased aviators covering the walls is a humbling sensation. 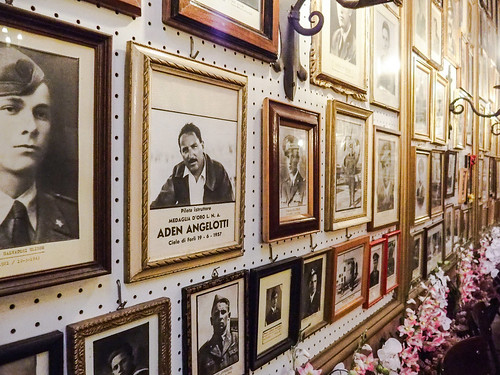 Another defining characteristic of the city are its towers. In the 14th century almost 100 towers made up the skyline of Bologna. Of those a dozen remain, and only Torre Asinelli, rising 97m into the sky, has retained its original size. 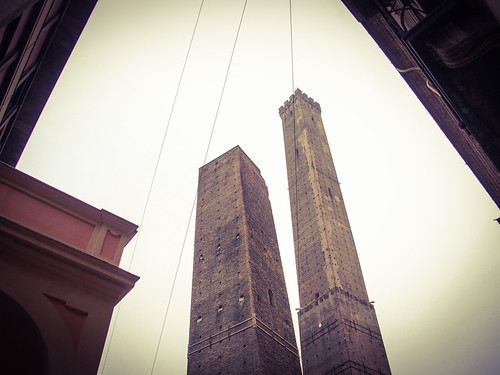 The most impressive line of portico leads almost 3,500m outside the city onto the Sanctuary of San Luca. The 666 arches of Via di San Luca slowly wind up the hill. It is one of the most fool-proof walks you can do and starts from Porta Saragozza. Break the walk by visiting some of the old palazzi along the side of the road, like the Tapestry Museum celebrating the city’s silk producing history. Villa delle Rose can’t offer a splendid rose garden, as the name would suggest, but a park with proud pine trees and occasional, free art exhibitions.

Note that the last couple hundred meters to San Luca are mainly stairs; if you want to go up there with a stroller, a bike or a wheel chair, you can use the street that runs parallel to the portici.

Up here, 289m above the Adriatic Sea (as per the sign on the door), I got an idea of how vast the city is beyond its historic center. There is no old town view from the top, though. You’ll get the best (and only) old town view from about 400m below the top, but you wouldn’t know weren’t it for the Asinelli tower peeking out like a needle. Instead bring a picnic and get comfy on one of the benches in front of the sanctuary for lunch before heading back down. 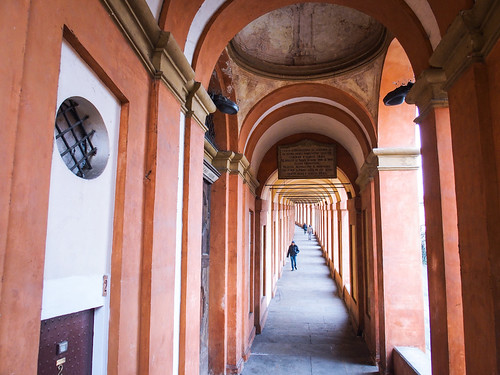 If you are looking for a view, head up to San Michele in Bosco, now a hospital and less than a kilometer outside Porta Castiglione.

To see all photos in my Bologna album, head over to Flickr.

For more info on Bolognese food, you can read my post on 5 Ingredients to Bologna Food.

And if you are thinking about where to stay, have a look at my review of Il Castello Room and Breakfast Boutique.