Her location at the confluence of the rivers Moselle and Seille has attracted settlers to Metz as early as 3,000 years ago. I visited the capital of Lorraine region in early summer. My Couchsurfing host Eric proofed not only a great host but also a knowledgeable guide to the city and her grand history. It is not without reason that France has submitted Metz to the UNESCO World Heritage Tentative List. 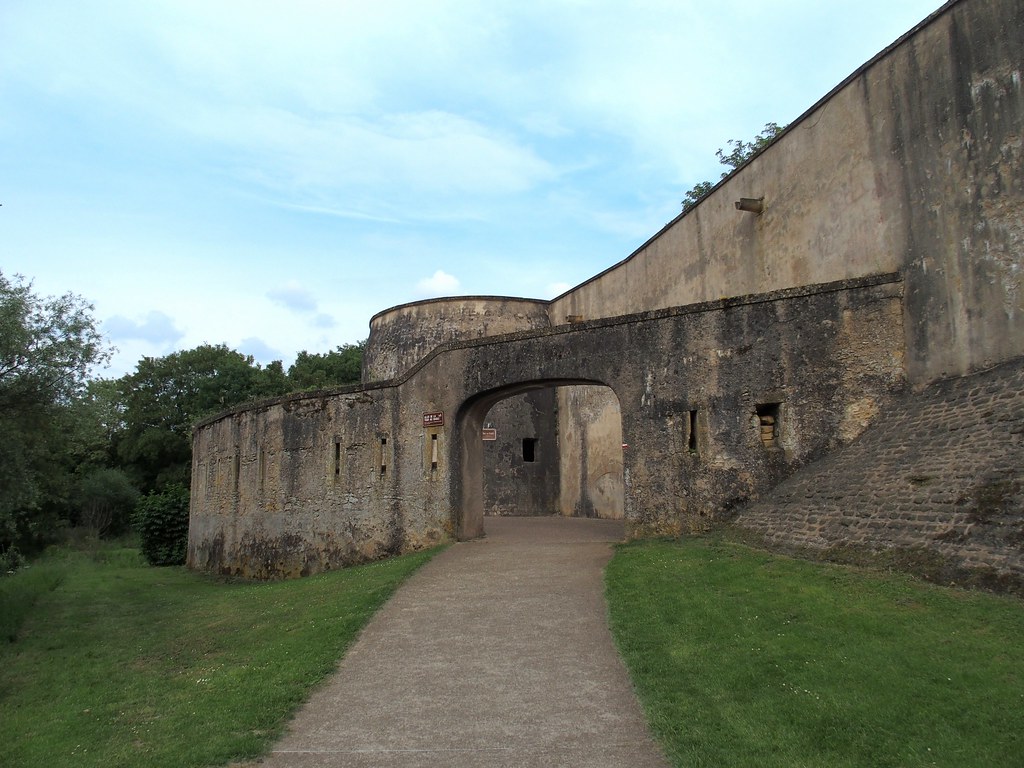 Walk along the ramparts by the Seille

There are no more remains of the Celtic oppidum, which existed on a hill above the confluence. Evidence of the Gallo-Roman period is the Basilica of Saint-Pierre-aux-Nonnains, one of the oldest churches in Europe, near the citadel and the vestiges of the thermae in the basement of the Golden Courtyard museum. 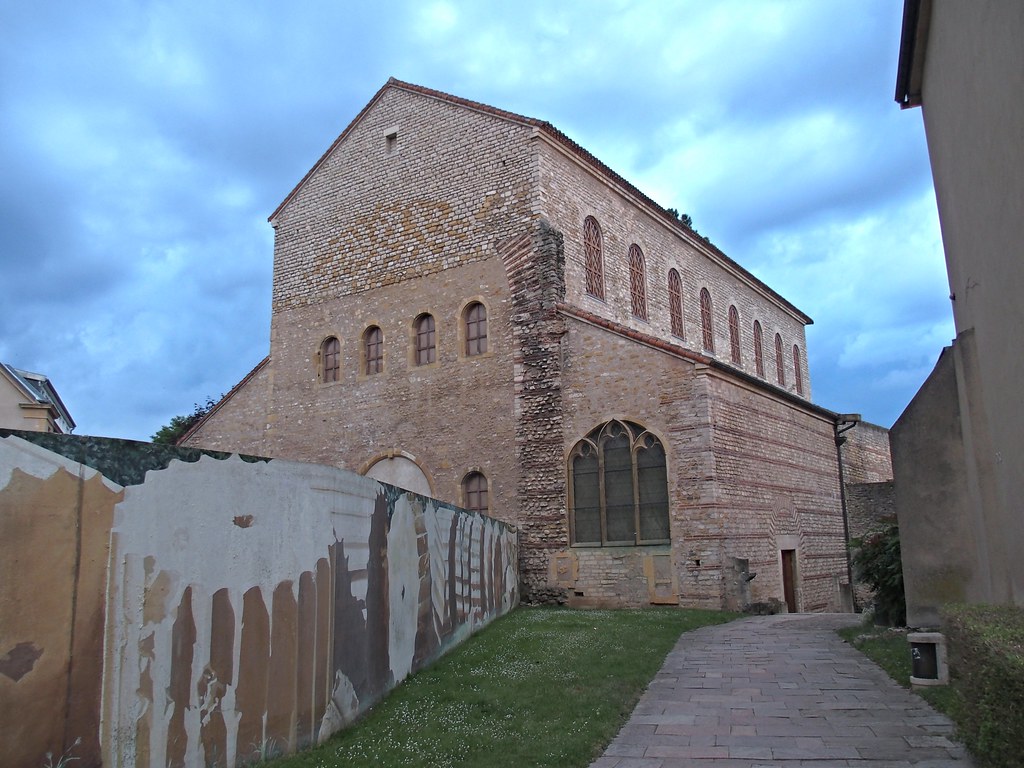 The first thing you’ll notice when approaching the city center is the Cathédrale Saint-Étienne de Metz, located a few hundred meters above the Moselle. The monument boasts a massive 41-meter high nave and the largest expanse of stained glass in the world; Marc Chagall was the mastermind behind some of the windows. 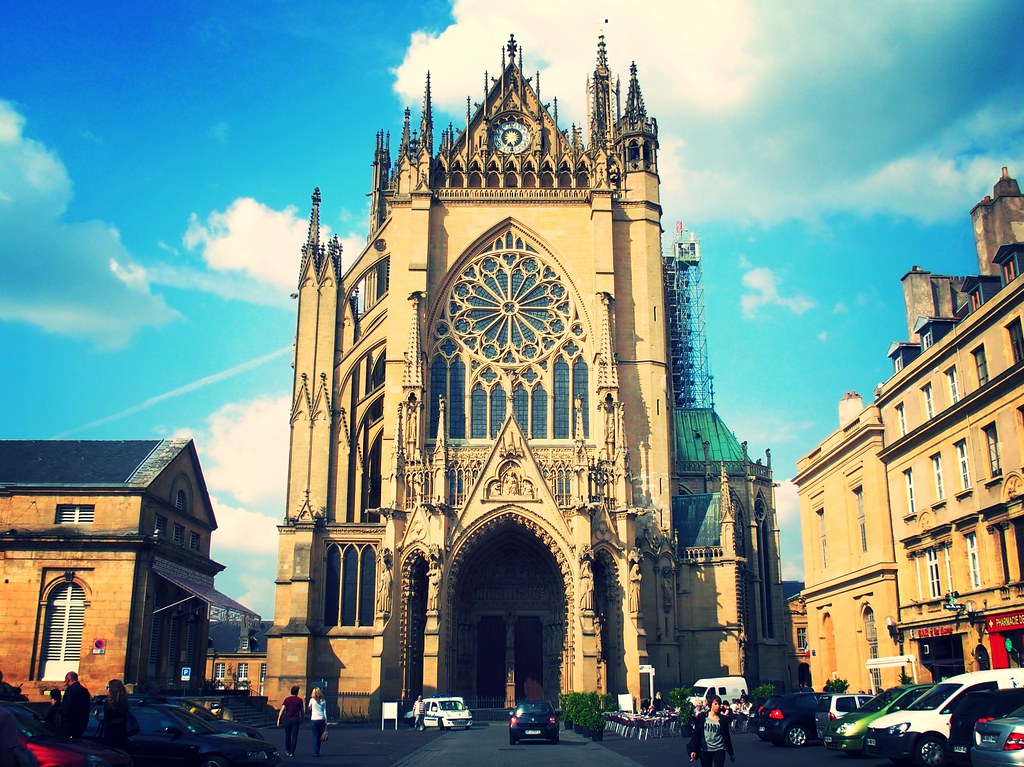 The cathedral – like most of the city center – has been constructed with the characteristic yellow limestone (called jaumont). Downtown Metz is now home to one of the largest pedestrian areas in France. The shops and restaurants have taken over beautiful Renaissance, Neoclassical and Art Nouveau houses. 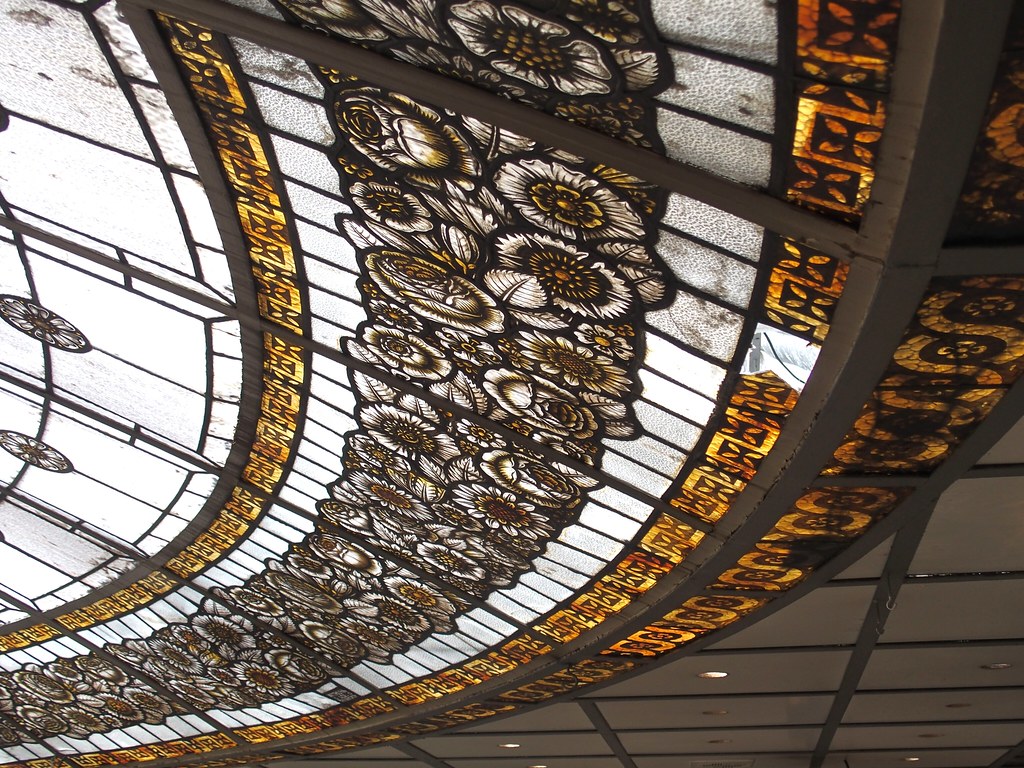 Across Avenue Foch, you will notice a difference in color. German Emperor Wilhelm II had the “Imperial Quarter” built after Germany first annexed Alsace in the 1870s, using pink and grey sandstone, granite and basalt from the Rhineland. The most impressive among these buildings is undoubtedly the train station. Metz has always been a garrison town, and therefore the German Kaiser had a train station devised that would be large enough to allow for moving many troops quickly. 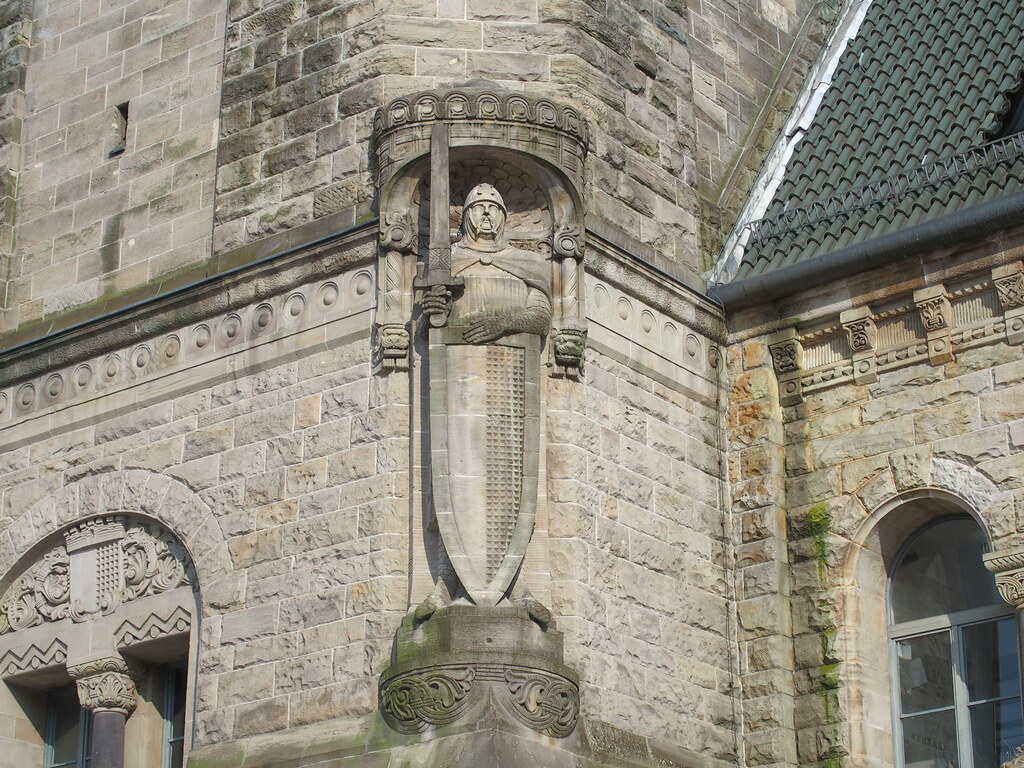 For performing art enthusiasts, Metz offers an Opera House – the oldest operating one in France – and the Arsenal Concert Hall. And of course, there is the Centre Pompidou-Metz museum, designed by Shigeru Ban, a testament to modern Metz and the commitment to sustainability and ecology. 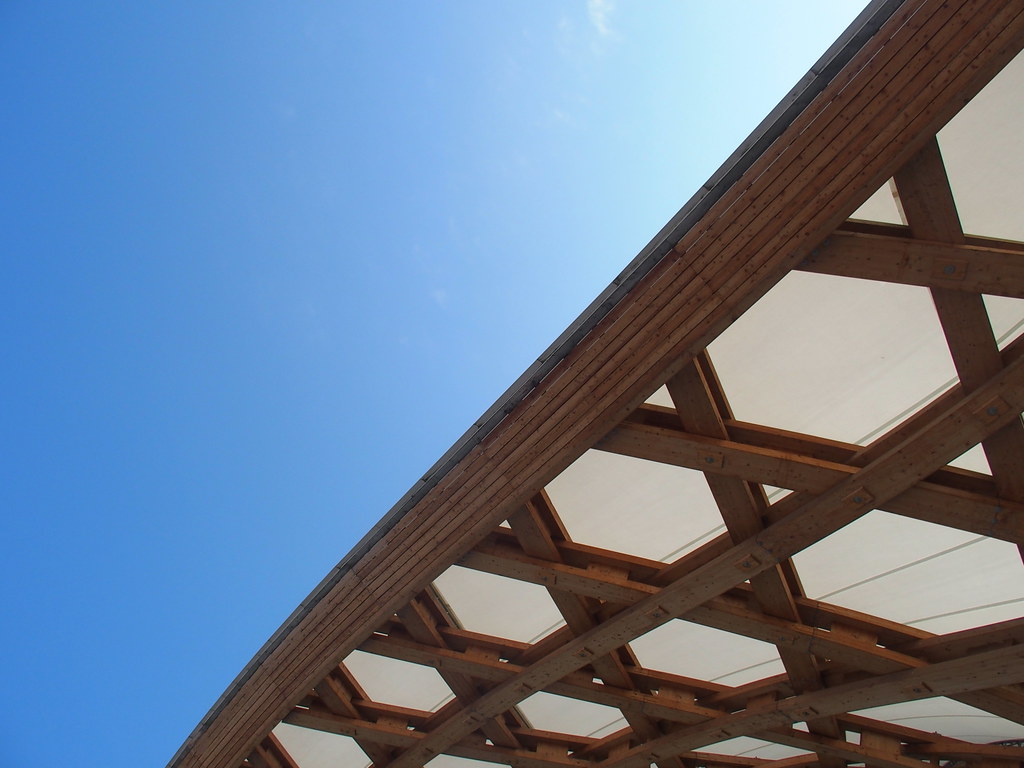 On a lush summer night, join the crowds on one of the city’s squares, enjoy a Ricard and devour some of the Lorraine cuisines, like quiche (Lorraine), andouille sausage and tarte des mirabelles.

The coast West of the capital offers East Timor favorite must-sees: uncrowded beaches, cliffs, colonial history. Thanks to solid minibus coverage, the stretch between Tasi Tolu, Liquica, and Maubara Fort lends itself to one or several day trips from Dili. Tasi

15 Instagramable George Town, Penang Hotels That Capture The History Of The City

You are looking for instagramable Penang hotels that keep the promise the stunning images on Booking.com et al. make? I’m here to help! When planning your visit to charming George Town Penang, Malaysia, you’ll get to choose between more than 400